tvN’s “Little Ladies” has continued its reign over the rankings of the week’s most buzzworthy dramas and actors!

For the second week in a row, “Little Ladies” took No. 1 on Good Information Company’s weekly listing of the dramas that generated probably the most buzz. The corporate determines every week’s rankings by accumulating information from information articles, weblog posts, on-line communities, movies, and social media about dramas which might be both at the moment airing or set to air quickly.

MBC’s “The Golden Spoon” held onto its spot at No. 2 on the drama listing this week, and star BTOB’s Yook Sungjae ranked No. 5 on the actor listing.

SBS’s “One Greenback Lawyer” swept the No. 3 spot on each rankings, with Namgoong Min rising to No. 3 on the actor listing and his co-star Kim Ji Eun climbing to No. 8.

tvN’s “Love in Contract” held regular at No. 4 on the drama listing, whereas stars Park Min Younger and Go Kyung Pyo claimed No. 2 and No. 7 respectively on the actor listing.

Lastly, KBS 2TV’s “The Regulation Cafe” rose to No. 5 on this week’s drama listing.

The highest 10 dramas that generated probably the most buzz within the fifth week of September are as follows: 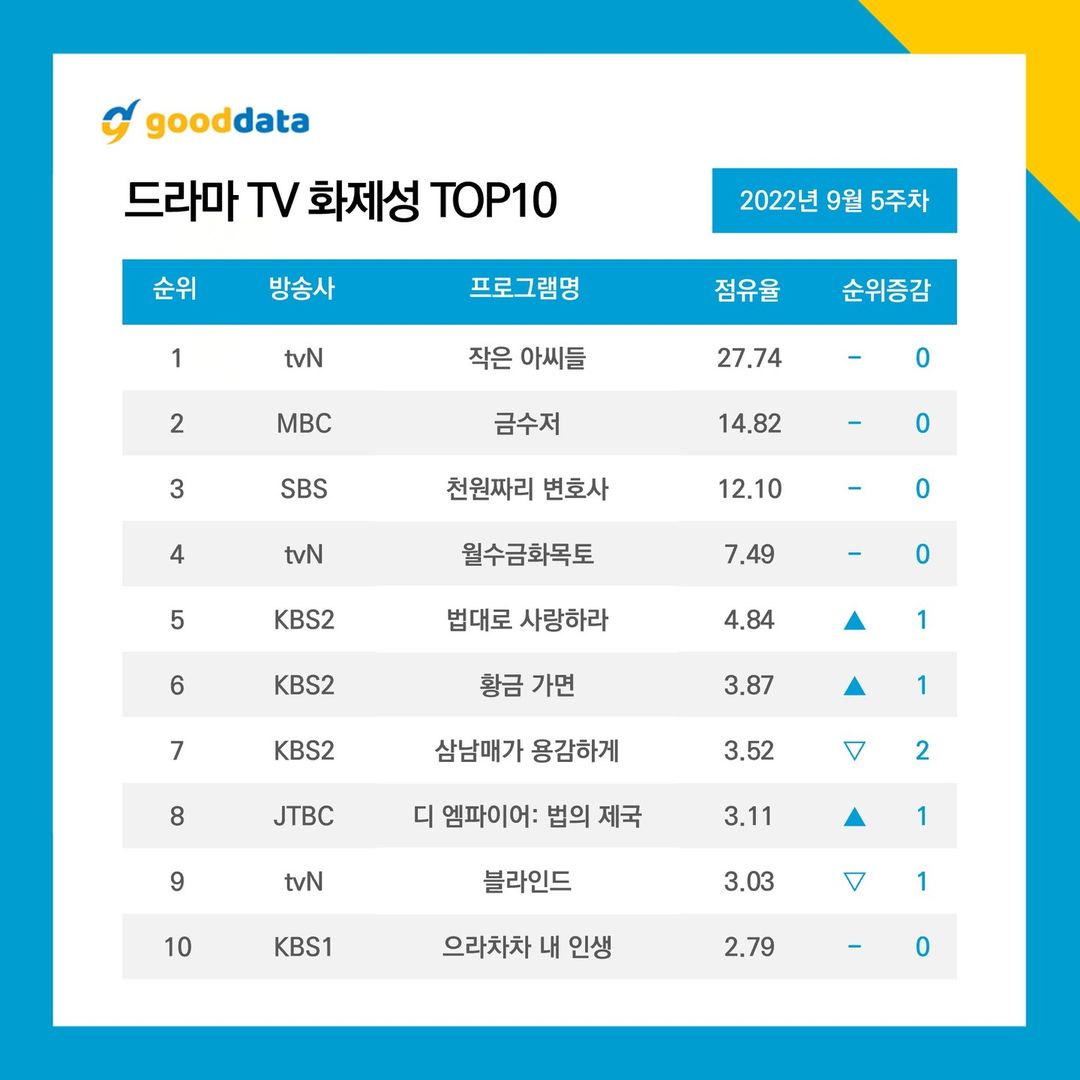 In the meantime, the highest 10 drama actors that generated probably the most buzz this week are as follows: 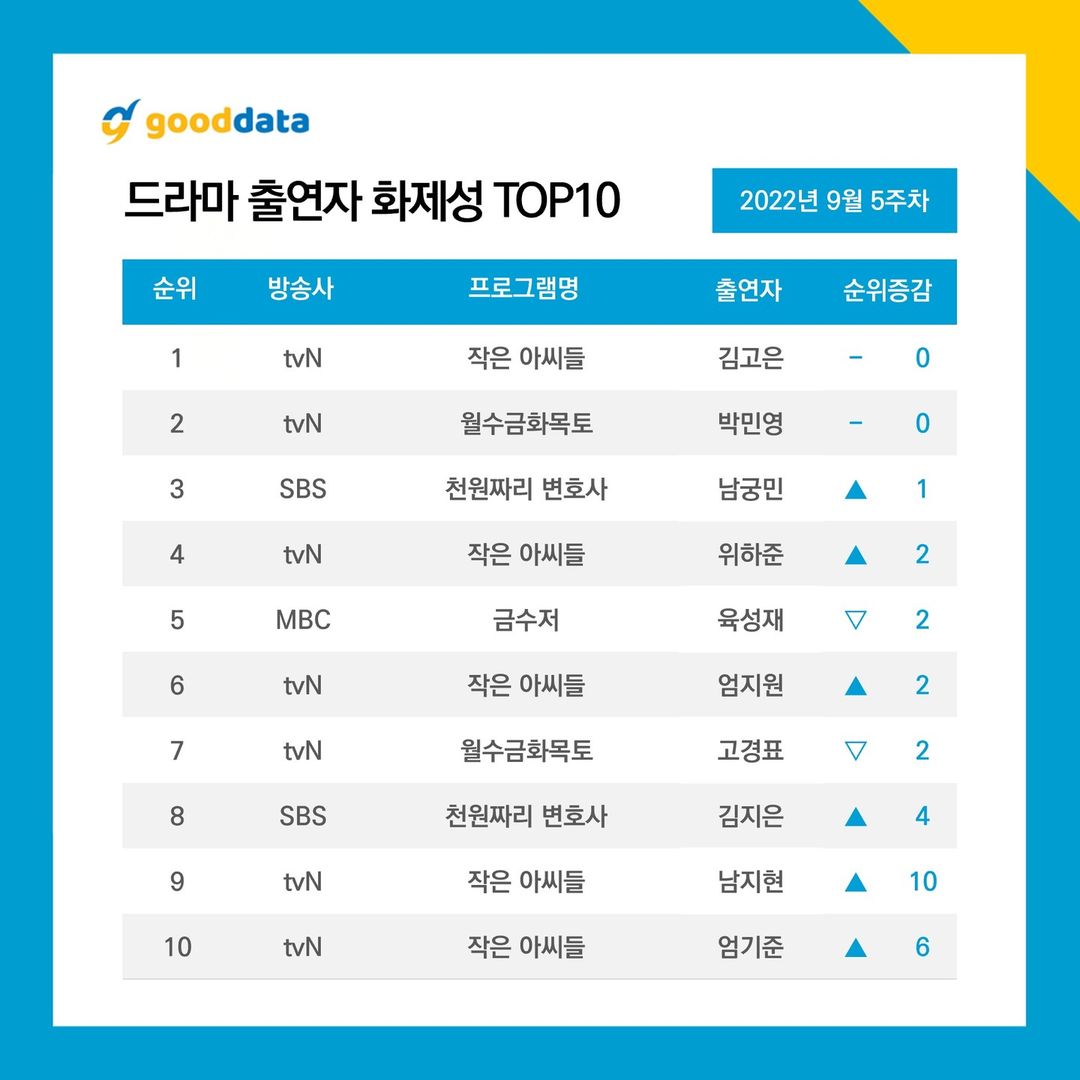 …and “The Empire” beneath!

The tune, “I Love Music”, was initially recorded by The O’Jays in 1975 Songwriters and producers Kenneth Gamble (b.1943) and Leon Huff (b,1942) labored with American trio The...